Market System Analyzer (MSA) is a software application for traders that analyzes trade dependency and provides rules for exploiting it. The software is designed to increase returns and reduce risk for existing trading systems and methods. Market System Analyzer can be used to evaluate trading systems and methods, optimize trade sizes, perform position sizing calculations on a trade by trade basis, and perform trade dependency analysis and other types of analyses.

In MSA, a runs test is automatically performed on the current sequence of trades. The runs test takes into account all analysis options and setting applied to the current sequence of trades, including position sizing settings, equity crossover rules, and so on. If the sliding window option was selected in the Options tab of the Setup command, then the runs test is also performed on a walk-forward basis over a sliding window of trades. The results are displayed in the Dependency tab of the Performance Results window, as shown below. 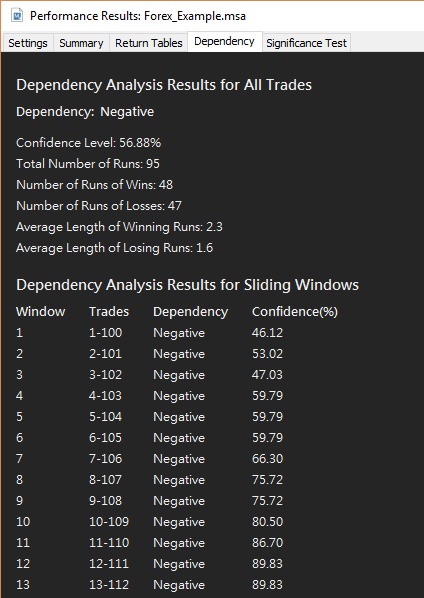 To exploit any dependency that may exist, Market System Analyzer provides trade dependency rules. Setting these rules causes the program to alter the position sizing by either skipping certain trades or increasing or decreasing the number of shares/contracts. Selecting Dependency Rules from the Analysis or Portfolio menu opens the Dependency Rules dialog box, as shown below. 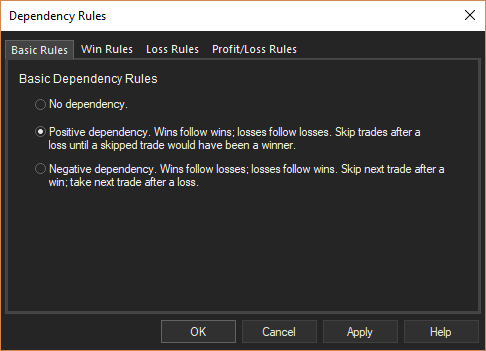 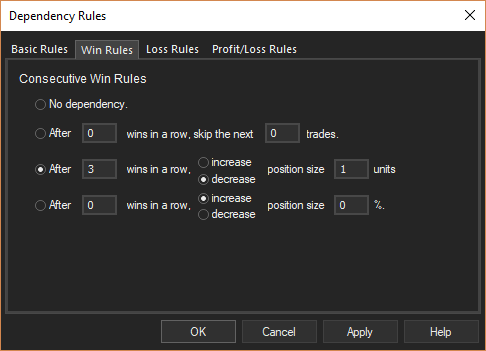 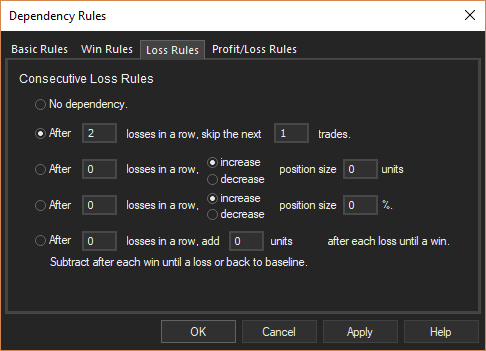 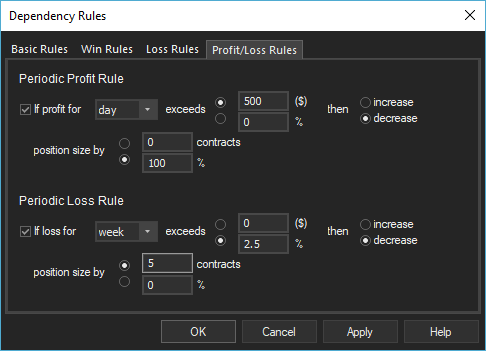 Once the rules are chosen, the equity curve in the main chart window is updated to reflect the dependency. Dependency rules such as these are usually applied when the dependency is statistically significant; for example, when the confidence level is 95% or greater. Over a long series of trades, significant levels of dependency are rare. However, over shorter trade sequences, it's not unusual to find significant dependency.

To see how the detailed performance statistics of Market System Analyzer can help you better evaluate trading systems or methods, click here.